SEE ALL THE NEWS
Next Previous

Today, sports centers and above all, high-performance centers (HPC), are being equipped with a wide range of technologies to help athletes maximize their performance. Among the different applications, 24/7 athlete monitoring has become essential to personalize and better optimize training and competition demands. Although significant progress has been made to monitor many variables such as training load, sleep or heart rate, still nowadays there are major barriers to accessing fundamental physiological data on a daily basis.

Kamleon, a science-based early-stage company developing the smart urinal, can help to reduce these barriers by turning daily habits such as going to the bathroom into the new seamless urinalysis monitoring platforms to track important parameters such as hydration.

“The S-urinal allows turning a daily habit into a new monitoring platform. Our system allows athletes to self-operate, it’s non-invasive, it’s capable of performing multiple-analysis in real-time and it’s totally digitized. This is a massive benefit for athletes and the HPC, as their current procedures are still manual, require trained personnel, constant use of consumables and data is not digitized, making the implementation not viable for all athletes” – Jordi Ferré, CEO of Kamleon.

After partnering with the French Olympic Training Center (CREPS Font Romeu) that is under a full renovation of its facilities in the preparation of the Paris 2024 Olympic Games, now Kamleon is partnering with the HPC CAR Sant Cugat to start implementing S-urinals across the facility. CAR Sant Cugat is a leading sports institution in the training and preparation support of national and international elite athletes for having achieved more than 45 medals in Olympic and Paralympic Games and more than 860 medals in World and European Championships in its little over 30 years in operation.

“At CAR we have realized that many athletes arrive to training already dehydrated and after the Tokyo 2020 athletes have become more aware than ever of the importance of being hydrated. S-urinals will help us to implement a viable solution by turning our facilities into seamless data platforms and help athletes to be more aware, educate them and improve their hydration at scale” – Dra. Vicky Pons, Head of Nutrition and Physiology CAR Sant Cugat.

This partnership between Kamleon and CAR will be possible thanks to a grant received by the Ministry of Industry, Commerce and Tourism under the project “SmartSport Toilet – S-urinal”. This project brings together Kamleon, CAR Sant Cugat, Dynatech 2012 and INDESCAT, that will receive 144,064 € in total funding. 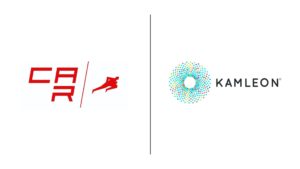